I don’t normally post a preview but I couldnt resist just a couple of these beauty’s.  Stay tuned for the rest!

It has been a real pleasure to watch this little cutie grow the last year.  I first met Tenley at  her newborn session and its hard to belive that she I one.  Crazy how fast this last year has gone by.  We did an outdoor cake smash and I have to admit I was pretty excited I had never done an outdoor cake smash also this was my first little  1yr old girl in a while. It seemed as though she was my one girl in a crazy amount of boys last year. So we I added some pink balloons and a cute girlie chair  to the mix and what is a party without a tutu!.  Hope you had a fantastic first birthday! 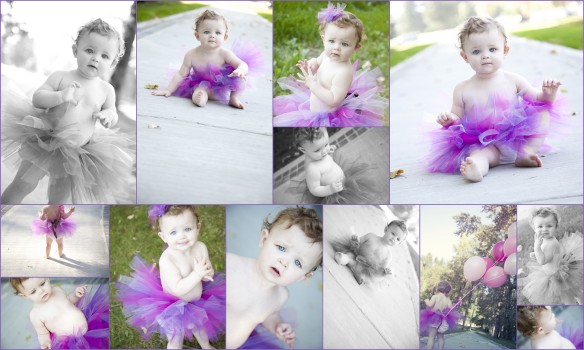 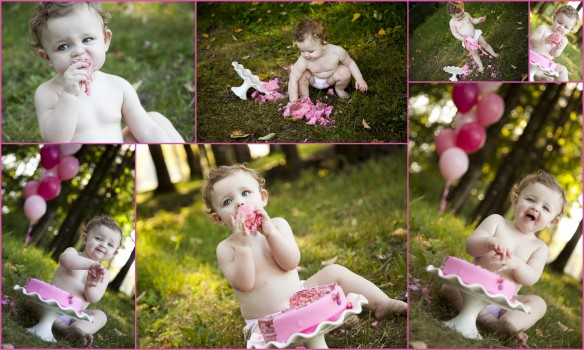 And thats a wrap!  And when were done were done:) 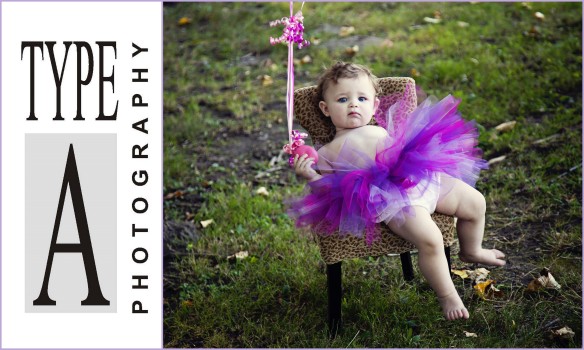 To do a “first look” or not, this is a major questions couples ask when we are planning time lines for the day.  Although both have their advantages and depending on how traditional you want to keep the day it really depends on the couple and what is important to them, what their priorities are and how they envision their day. 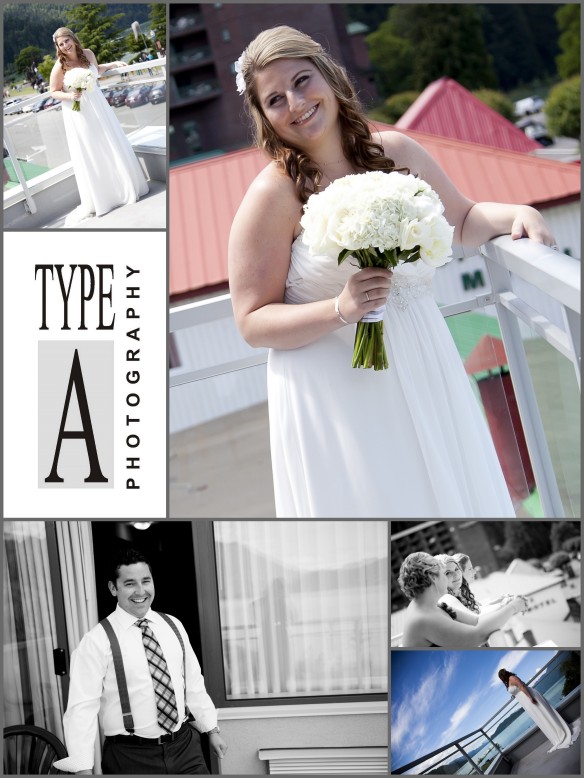 Well when this couple decided on a first look I was excited their day was planned perfectly and while they had a beautiful ceremony and reception with dinner to look forward to it was all in the same beautiful venue.  The brides parents house out in Harrison.  So after the bride had spent the morning with her girls and the groom with his boys they came together to see each other for the first time on the day that they became husband and wife.  One of the huge advantages for a first look is that it is a little more private so real raw emotion shows last longer and the bride and groom have time to enjoy it.  As alway you also get these great shots of true anticipation and looks toward each other as they fall in love all over again. 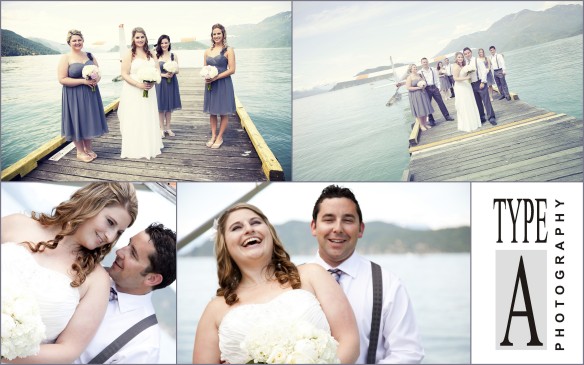 After their first look we headed to the dock and while At first I was a little bummed about the float plane at the very end of the pier, it soon became my inspiration.  It worked perfectly with the background and how many brides get to use planes as props!

Next we hit up the hotel for some great garden shots another great backdrop! 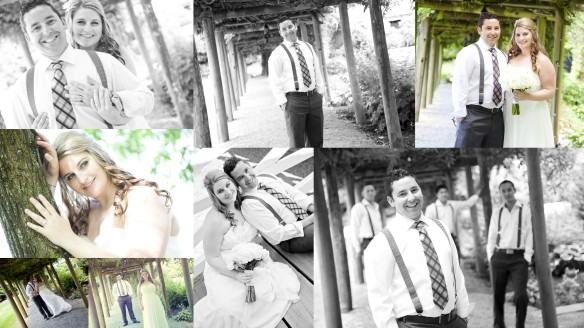 Before the ceremony and the guest had arrived we still had a little extra time so we got a couple of goofy shots of the swing set in the back yard.

Next was the ceremony, and while I think I should just title this wedding backdrops galore a photographers dream.  When I met with the bride and she had mentioned that they were going to be having the ceremony infront of the water feature in her parents back yard,  like always when people mention backyard I get a little nervous but I could tell this bride had a good sence of style and class and trusted it would be beautiful.   Boy was it ever!  Oh and the water feature ya it was a waterfall!!!!! Just saying:).  With a beautiful ceremony preformed by the brides father( how many dads get to say that)  The couple said their I dos they celebrated in a champagne toast and followed with a group shot. 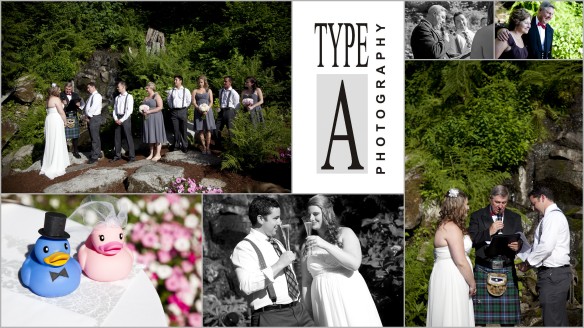 Shortly after hors d’oeuvres were served we headed under the tent into the reception which was beautifully decorated with white on white with hints of grey and pink.  The food was great and the speeches were filled with emotion.  Another great event I got to be a part of and for that I thank you! 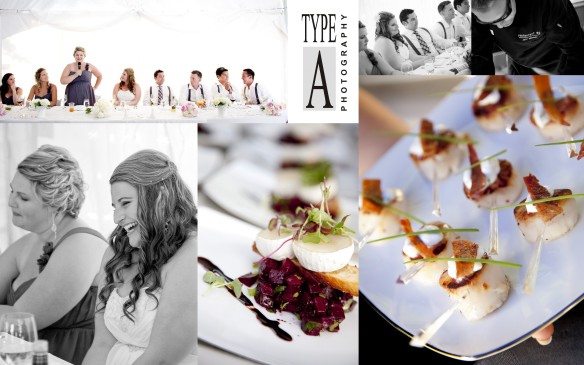 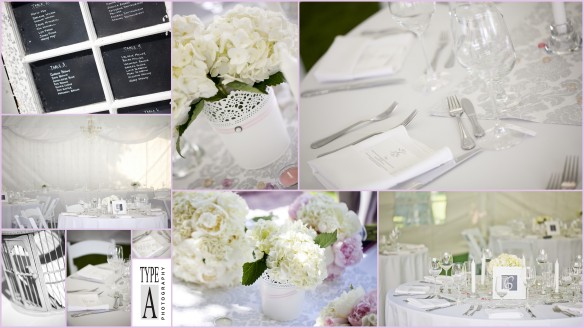 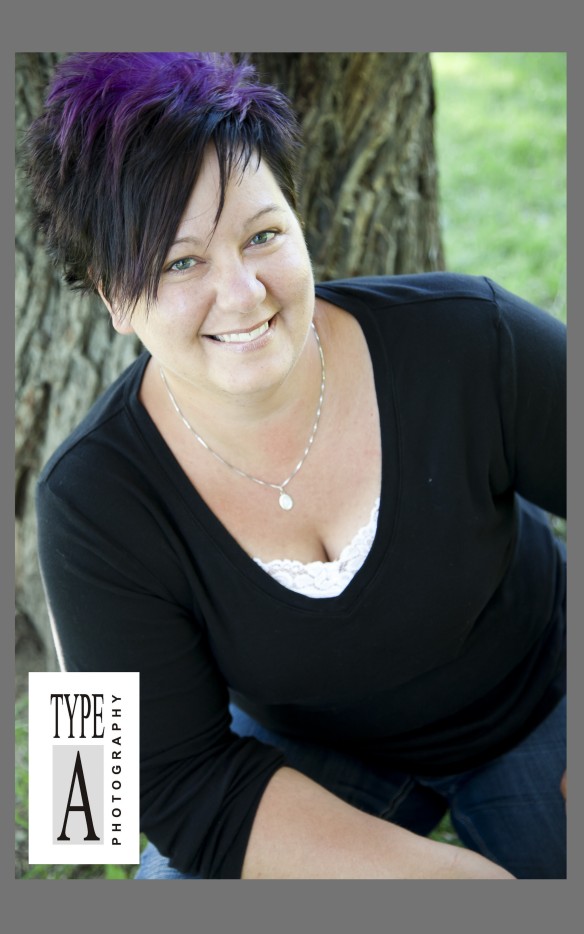 So I have been in contact with this wonderful photographer(stolen moments photography by Jadie) ever since she photographed my cousins wedding.  I was in the wedding party and she managed to even get my good side lol.

This beautiful mom does photography where my family is from in northern Alberta and keeps herself  busy but managed to set some time aside to get some family photos done.  I was truly honored to be asked by a fellow photog as flattering as it is it is alway kinda nerve racking….will they like them….Im picky and pick apart photos will she pick apart mine too……but in the end I am sure she is just glad to actually have a family photo with everyone including her in the picture.  I know first hand that moms let alone photog moms are the last ones to be seen in pictures of the family.

I want you to know a little bit more about this wonderful woman Jadie and her family and why I think she is awesome? where do I start, 1) last year one of the towns oldest landmark hotel was caught on fire what did she do, she busted out her camera and captured some amazing photos and auctions off the prints profits going to firefighters. 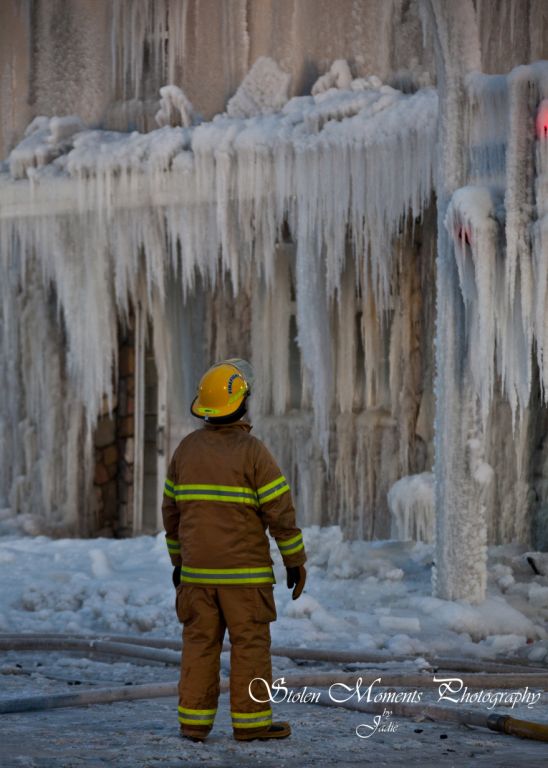 2) Remember the big fires that had taken the homes of families up in northern Alberta Slave Lake last spring ? Well Jadie started a drive and within 24hrs she had packed a truck with a trailer full of basics toys , diapers, food, blankets ,  money donations you name it she brought it. Did the 4hr drive and delivered the goods to these families. Unbelievable! 3) yup there is more, she has been raising money through photo sessions for a trip to Africa where her and her family are going to Africa to build  community  of schools. (we c 3 hearts for Africa is her facebook group she just put up) All this in just one year! What an inspiration.

Africa pics are from this woman I just love them I had to post here:) 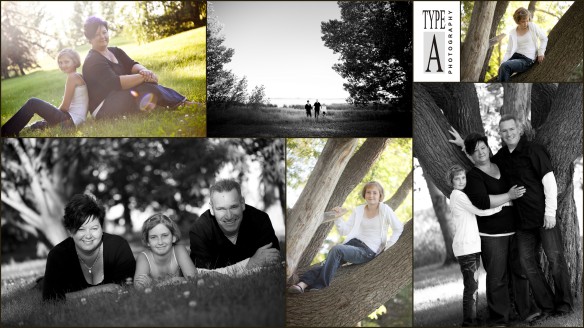 I am so excited to meet this families new little guy.  Although I think I will have to wait a little bit longer than expected (sorry sam)  This beautiful mommy of soon to be 4 has been over due with all three of her kiddos.   I think she added it up to about 17 days all together…..lets hope that this guy breaks the trend!  We met out at cultas lake and got some of my favorite family shots to date.  It is really something great when you get to meet your clients again and again and the children just warm up to you, mind you it was not their first rodeo:)

After cultas we decided to reward the munchkins and mom and dad with some ice cream.  Thought it would be kinda cute to do some photos there too so everyone got blue and green ice cream to stick with the boy theme of course! 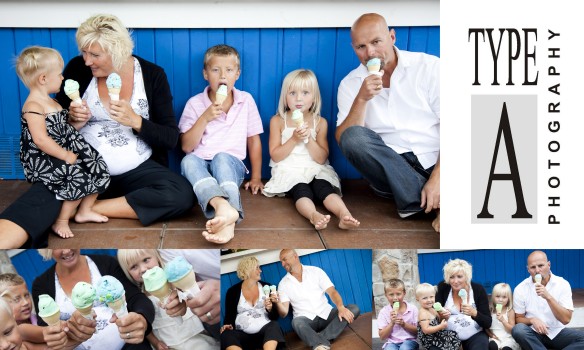 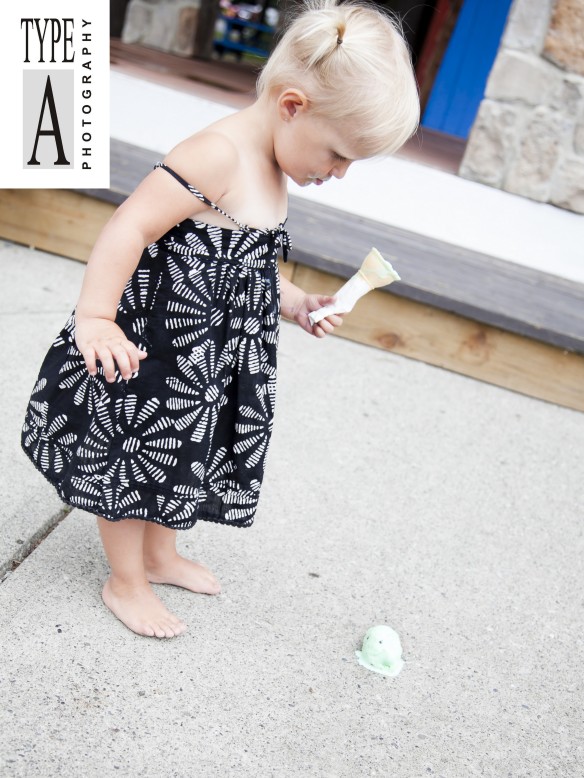 I LOVE  this part of my job.  I was expecting this session a bit earlier but this little princess was on her own schedule!  10 days over due!  Not unlike her timing on making her debut true to form she was on her own time line for this shoot too.  There was nothing mom could do to get her sleeping until she wanted to.  But I wasnt complaining we got some beautiful open-eyed pictures too. 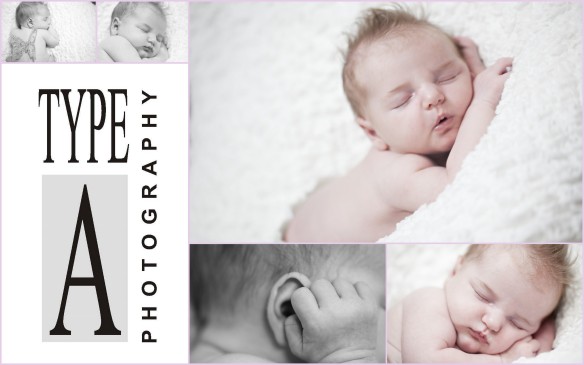 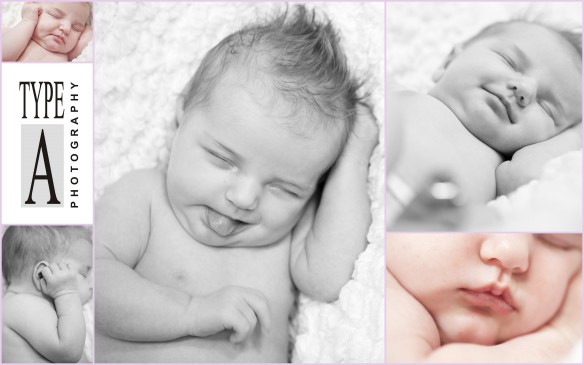 Couples like this is truly the reason why I love my job!  These two were an absolute pleaser to work with and I really had a great time celebrating their big day with them.  As I arrived at the venue that day my heart sank not for me and my plan of locations to shoot, but for this bride.  She so desperately wanted the rain to stay away and there was no such luck.  It was a down pour, but when I walked  in to see the alternative ceremony site I was not disappointed.  The location was redwoods  in North Langley and it was BEAUTIFUL!!  Not to mention the sound of the rain fall even added to the amazing setting. 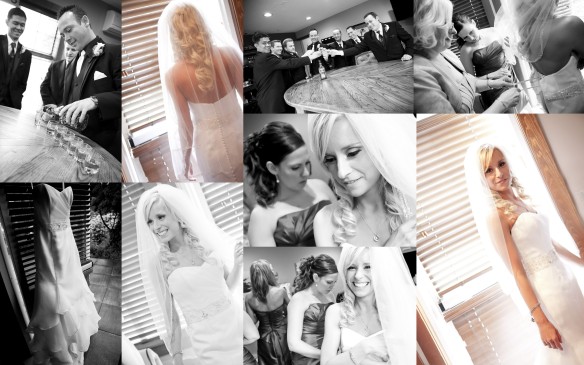 I knew then that today was going to be an amazing wedding.  I have TONs of outdoor place in mind in case of rain and was kinda excited to use some finally.   But not long after I had started my day getting some great shots of the girls and guys getting ready the clouds separated and the sun even made its way out.  Talk about timing!

Seriously they are so into each other  they even high-fived after their vows, and hugged while they were listening to the pastor. 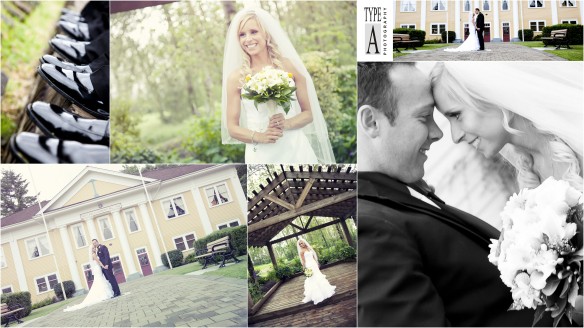 Jenn and Dan are amazing athletes and avid runners.  I know I call anyone who runs for more than 10 min at a time an athlete and some one who runs more than a mile a week avid but these too are the real deal. Dan has finished iron man races and jen practices along beside him.  So when it came to deciding where to do pictures we decided to hold them on one of their regular running routes.  I heart Langley.

These two sure know how to make an entrance.  They surprised everyone with this fun twist! 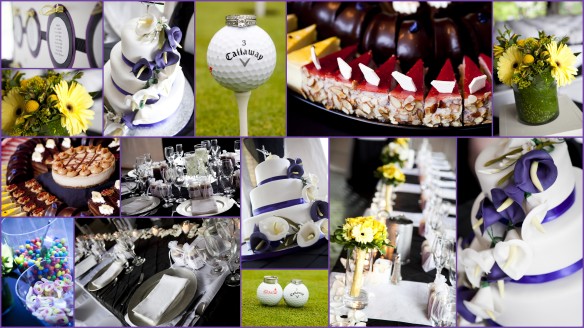 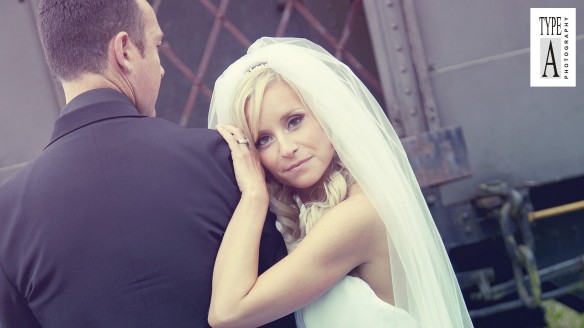